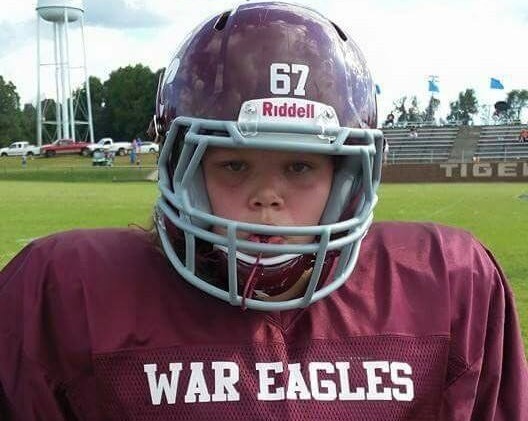 CARROLL COUNTY, Tenn. — A girl who initially was denied the chance to play on her junior high football team because of her gender will be allowed to play after the American Civil Liberties Union of Tennessee intervened on her behalf. The West Carroll Special School District has agreed to let Thalia Townsend join the junior high football team, according to a release from the ACLU. “We were all at McDonald’s and she started to jump up in her seat,” Townsend said. “I was like ‘mom, what’s going on?’ And she was like ‘you are going to get to play.'” It’s been three months since Townsend says she was told by her coach at West Carroll Middle School she couldn’t play because of her gender. “We had to fight, and I know women always had to fight for their rights,” said Thalia’s mother, Michelle Larsen. Thalia quickly gained thousands of supporters from all over the world. Some of those supporters included a professional football player and the ACLU. “I’m happy that people support me and people think that girls should play and boys should be able to play,” Townsend said. Thalia previously played two seasons in a junior football league in the West Carroll area. On Monday, she stepped on the field for the first time as a West Carroll War Eagle football player. “It’s going to be the same as it always is. That’s my girl,” Larsen said. “That’s my kid — that’s my baby out there playing football and rocking it.” And for all those chasing a dream like Thalia’s, she has a message for them. “Don’t let people push you around. Don’t tell them you can’t do this because you’re this,” Thalia said.