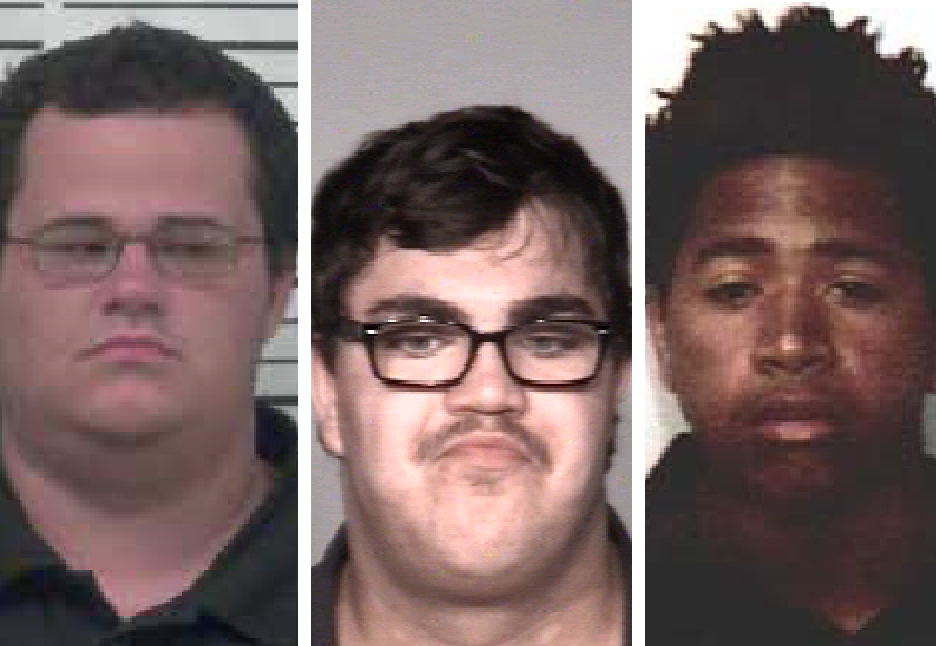 JACKSON, Tenn. — Authorities have made three arrests in a series of vandalisms involving local churches, according to the sheriff’s office. Three men are in custody on charges stemming from vandalism at Beech Bluff Pentecostal Church and Brown’s United Methodist Church, both in Madison County, and Maple Springs Cumberland Presbyterian Church in Henderson County. Madison County Sheriff John Mehr made the announcement in a Monday afternoon news conference at the sheriff’s department. Jimmy Benthal, 25, Zackary Jackson, 19, and D’Angelo Miller, 18, all are charged with vandalism and desecration of a place of worship, according to the sheriff’s office. Each of the men faces both counts for each of the churches, totaling six charges each. Mehr said Maple Springs Cumberland Presbyterian provided security video of a suspect vehicle that deputies were later able to identify with help from the public. The Madison County Sheriff’s Office credits help from the Henderson County Sheriff’s Office and input from the public with helping the investigation. “License plates on the vehicles, descriptions, that made the case,” Mehr said. Church members at Brown’s United Methodist Church said they are happy the accused vandals have been caught. “We pray for the individuals and hope they can turn it around, but doing this to the property, I just can’t comprehend,” longtime member Frank Dodson said. Benthal currently is being held in the Henderson County Jail. Jackson and Miller are being held in the Madison County Jail.