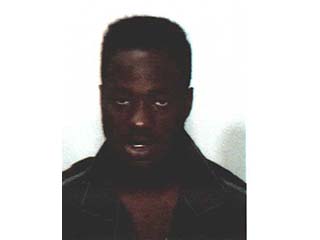 DOWNTOWN JACKSON — A man charged with aggravated robbery and vehicle theft after a Saturday car chase went before a judge Monday. Christopher Veal was taken into custody after fleeing on foot after a car chase, according to an affidavit. Police responded around 10:15 a.m. Saturday near 33 Carver Avenue where a 66-year-old man told them he was on his way to visit a friend’s apartment when two young black males assaulted him and stole his keys and wallet. The victim said one of the men, later identified as Veal, pushed him as the other suspect repeatedly punched him in the mouth and nose, the document states. The victim ran toward Roosevelt Parkway where he flagged down a JTA bus for help. The suspects reportedly stole the man’s car and pulled onto Roosevelt Parkway where they told the victim to get inside, but the man refused and the suspects drove away. Police and deputies pursued the stolen vehicle outside city limits where Veal was captured after a foot chase, according to the affidavit. Police say Veal had the victim’s wallet at the time of his arrest. The victim was treated at a local hospital for broken teeth and cuts to his face, the document states. Veal is charged with aggravated robbery and vehicle theft. His bond is set at $50,000.