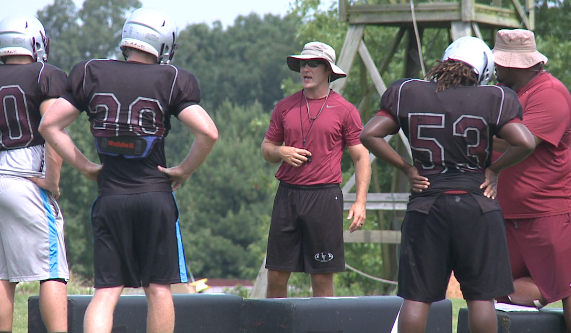 NORTHEAST JACKSON, Tenn. – The first month was the toughest for first-year Liberty Tech head coach Tyler Turner. To Turner, it felt like half a year. “My first month here felt like six months because of long hours, getting acclimated and getting stuff together,” Turner said. “We’ve got the hang of it now.” Prior to Liberty, Turner was an assistant coach at Wynne High School in Arkansas. The Obion County Central grad wants his team to play with great character. “Play hard, relentless effort, be physical, but play with class,” Turner said about the team’s identity. “I told the defense, I want to be the fastest defense in the state. That’s our goal.” On the offense end, you can expect a no-huddle spread. “We want to play fast up-tempo football. The kids like it,” Tyler said. “I think speed is one of our strengths. It will benefit us to be no huddle. We want to play fast in all aspects of the game.” The Crusaders begin their season on the road against Henry County in Week 1.