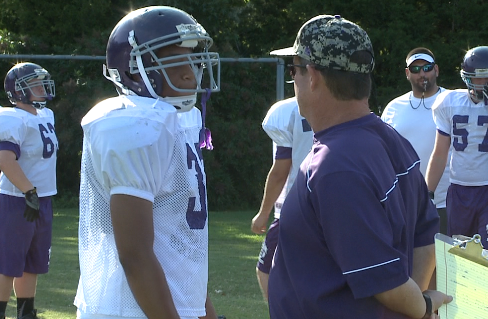 MILAN, Tenn. – Jeff Morris says intangibles was a key factor in last year’s success for Milan’s football program. The Bulldogs reached the state semifinals after losing their starting quarterback for the year early in the season. Morris is dealing with a different set of losses this season from graduation. Unfamiliar faces will take over several offensive skill positions. “This team is a little big bigger, especially defensively,” Morris said. “Of course, not a lot of experience of people being out there on this year’s team. We believe it’s some new faces with talent.” It won’t be trial by error for that cast of new faces. They’ll have to learn in a hurry. “You open up with Trenton, then you play your longest rival in Humboldt. Then you play Liberty. It’s going to be trial by fire,” Morris said. “We’ll have an opportunity to expose any kind of weaknesses that need to work on. We like to play a challenging preseason schedule.” The Bulldogs scrimmaged Henry County on Friday. Morris added that his kids have to learn about effort before they achieve their long-term goals. “We try to get out kids to work hard and learn about concentration on the practice field. Those things have to happen before we accomplish some big things,” Morris explained. “We’re not there yet.’