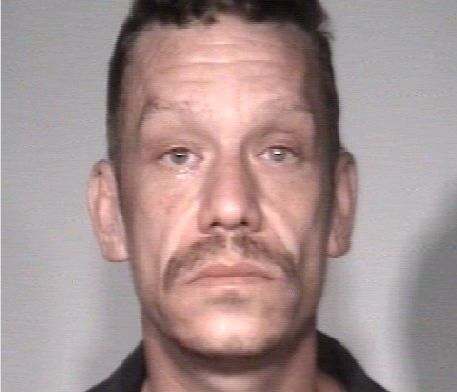 JACKSON, Tenn. — A former employee of Aloha Pools and Spas appeared in city court Monday on charges of burglarizing the business and stealing more than $10,000 worth of property. Roger Drawdy faces several charges after police say he was caught on security video around 2 a.m. Aug. 7 using a forklift to forcefully open a roll-up bay door to the Carriage House Drive business, according to an affidavit. Police say Drawdy loaded around $10,800 worth of merchandise into a company truck and then took it to an unknown location. After viewing the video, a manager with Aloha told police he thought the man was Drawdy, a former employee. Surveillance video shows the Aloha truck pull up next to a red SUV parked near Trees and Trends on Old Hickory Boulevard after daybreak, according to the affidavit. Police say the same suspect seen stealing the merchandise got out of the Aloha truck and into the SUV. Officers were able to link the SUV to Drawdy, according to court papers. Police say tattoos on Drawdy’s leg and arm helped them identify him as the man in the security video. Drawdy is charged with theft of property over $10,000, motor vehicle theft, burglary of a motor vehicle, burglary and felony vandalism. He is being held in lieu of a $50,000 bond.