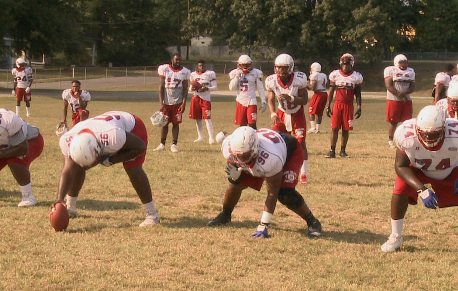 The Dragons play their first of three home games on Saturday, but not against a favorable opponent. Lane has never beaten Tuskegee University. “We need to break this losing streak against Tuskegee,” head coach Derrick Burroughs said. “Tuskegee is a championship ball club and storied program.” Tuskegee head coach Willie Slater is 8-0 against the Dragons. “I know how bad we wanted to beat Winston Salem,” Slater said. “In turn, I know that’s how bad they [Lane] want to beat us. We better have our A-game when we go up there.” Lane is 0-20 all-time against the Golden Tigers. A win on Saturday sends a message to the conference. “If you ever want to think about winning the SIAC championship, it’s always going to go through Tuskegee,” Burroughs said. “I’m up for the challenge as a coach.” The 1-2 Dragons are a confident ball club. The team nearly upset Bethune-Cookman University in Florida last week. “It was a good game to go into this game,” Burroughs said losing 7-3 to the Wildcats. “Our confidence should be up there. We already faced the best team we can face this year.” Now the Dragons will face their home crowd for the first time. Their next home contest isn’t until mid-October against Central State University. “It’s going to be there first home game, pretty sure they’re going to be really excited,” Tuskegee defensive coordinator Joseph Carter said. Jackson native Courtney Bush wants to have a good first impression. This is the freshman’s first game at the next level in his hometown. “It gives me a boost knowing I have my home fans coming out to see me play,” Bush said. The Hub City doesn’t have many options to see Lane play. The team hopes Saturday’s game generates more fans to their next two home matches. “Lane has turned around the program,” senior Gabriel Mass said. “Just here to win.” Lane and Tuskegee kick off at 2 p.m. from Lane Field.