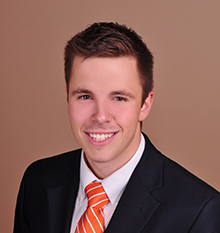 Bryan joined the WBBJ 7 Eyewitness News Team in September 2014. Living just minutes from Chesapeake Bay, he grew up in Bel Air, a small Maryland community just north of Baltimore. He graduated from Towson University with a degree in journalism and new media in May 2014, but his interest in journalism began long before then. While studying and playing soccer at Harford Community College, Bryan found his passion for journalism and entertainment and co-founded K&B Entertainment, a DJ service company. Since 2011, Bryan worked for Major League Baseball‘s Baltimore Orioles organization. While with the Orioles, Bryan had the opportunity to work with players and the front office during pre-game ceremonies. His most exciting time there was when he had responsibilities to be on the field during games with the team. In summer 2014, Bryan worked as an intern at another CBS affiliate, WJZ-13 in Baltimore, where he transitioned into employment as a freelance web editor. In his spare time, Bryan likes playing soccer, baseball and golf, working out and going on outdoor adventures. He is looking forward to volunteering and participating in local Jackson events. Feel free to contact Bryan with story ideas, questions or something you think he should get involved in here in Jackson. Email him at bcarnaggio@wbbjtv.com or follow him on Twitter @WBBJ7Bryan.