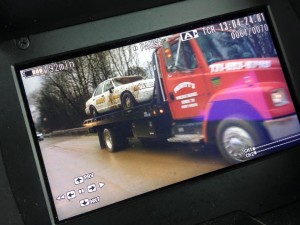 Chief Deputy Eric Uselton said the officer was traveling on Gadsden Todd Levee Road when he hit a patch of slick mud and lost control of the vehicle.

“The seat belt had to be cut for him to be removed,” Uselton said.

One road away from the crash, homeowners faced detours as they say a nearby levee has caused their homes and a portion of Windy City Road to flood.

“There was barely any water, and then all of a sudden within 30 to 45 minutes it was about a foot and a half deep,” Joshua Long said.

Long says the damage at his home looks worse than it actually is. “The yard looks bad. The inside is fine. It ain’t got that deep yet,” he said.

Long and four other family members do not plan to leave the home despite having multiple vehicles and some of the front porch under water.