MEMPHIS, Tenn. — A former Memphis woman has been indicted in a TBI theft investigation. The woman is accused of stealing money intended to fund a summer program for low-income children. 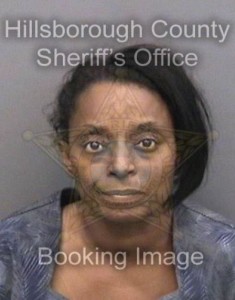 According to a press release, 48-year-old Jeanette Jives-Nealy was indicted Tuesday by the Shelby County Grand Jury and charged with one count of Theft over $60,000. Nealy is a former prophetess of Kingdom Dominion Worldwide Ministries of Memphis. The release states the nonprofit organization’s financial statements were investigated for discrepancies in 2014 by TBI Special Agents. During the course of the investigation, investigators developed information that Nealy was the individual responsible for the missing funds, according to the release.

Officials say the funds were provided by the Tennessee Department of Human Services and were intended to fund a 2014 summer program food feeding program for low-income children.

Nealy currently resides in Tampa, Florida where she was arrested without incident Friday by the Florida Department of Corrections Tampa Circuit Office, according to authorities.

Officials say Nealy was booked into the Hillsborough County, Florida Jail, where at the time of the release she was being held without bail, awaiting extradition to Shelby County, Tennessee.