WEAKLEY COUNTY, Tenn. — A man was airlifted to a Nashville hospital Wednesday after being attacked by a pit bull while the man was having a seizure in bed. 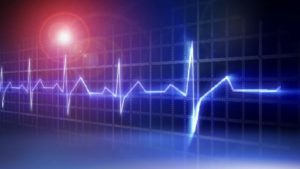 Deputies responded Wednesday evening to a home in the 400 block of Highway 431 just outside Martin to a report of a man bleeding from the neck, according to a report from the Weakley County Sheriff’s Department.

The Martin Fire Department was already on scene rendering care for the attack victim, James Kirk.

Kirk’s wife told deputies he had a seizure while lying in bed with the pit bull and that the dog attacked him during the seizure, according to the report.

Kirk had a severe laceration to the front of his neck and was bleeding profusely and having difficulty breathing, according to the report. Deputies say the cut was so deep that is reached his esophagus.

Kirk was transported by EMS to a local hospital and then airlifted to Vanderbilt University hospital in Nashville.

There is not yet word on Kirk’s condition.

The report says it was not clear which of the couple’s many dogs attacked Kirk.

We’ll have an update this evening on WBBJ 7 Eyewitness News at 6.