The Civil War is unearthed at Parkers Crossroads Battlefield

PARKERS CROSSROADS, Tenn. — A site where cannons were fired and horses stomped in the Battle of Parkers Crossroads back in 1862. In 1993, a Union burial ground was discovered here, but historians believe there are more. 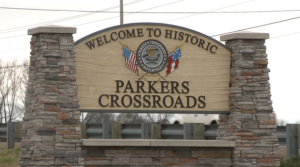 “We know there have to be other burials on or near the battlefield,” said Steve McDaniel, historian for the Parkers Crossroads Battlefield Association.

So local historians reached out to state archeologists and the war commission. About two months ago the first of three phases in the search for answers began.

“It included using ground penetrating radar which sends waves down through the ground and will pick up changes that have taken place in various periods of time,” McDaniel said.

What they found led to the digging of six trenches about two weeks ago. That field is where historians believe Confederate soldiers from the Battle of Parkers Crossroads may still lie.

“The victors were the Federals. The Union Army, they never came back to exhume the Confederate soldiers,” said McDaniel. “So we think these may be southern boys under that soil.” 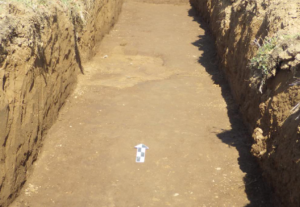 Historians say, they do not intend to disrupt any graves they find but will mark them and use their locations to piece together how the battle played out.

“We want to fully interpret how the battle took place,” McDaniel said, “as also what happened after the battle.”

Experts told WBBJ 7 Eyewitness News the date for the third and final phase, which will unearth what is found beneath the soil, will likely happen in four to ten weeks.