MADISON COUNTY, Tenn. — It was a tragic start to Monday morning as a fatal car crash took the life of a woman and left one man injured. 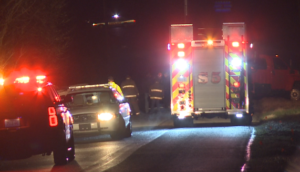 “The female has passed away, and the male right now is at the hospital and haven’t heard a report in the last few minutes about his condition,” Madison County Sheriff’s Office Public Information Officer Tom Mapes said.

The accident happened around 4 a.m. in the 100 block of Browns Church Road.

“JPD responded to the call first, and then of course we got there because it’s about just a short distance into Madison County outside the city limits,” Mapes said.

Investigators are still piecing together what caused the wreck, but they have confirmed both the man and woman are in their early 20s.

“You have to logically figure the weather was probably an issue,” Mapes said. “I don’t know if speed was an issue. I don’t know if alcohol was involved. It’s just still too early to tell.”

Officers had the road blocked for more than an hour Monday morning until the scene was cleared. First responders wanted to airlift the male victim to Memphis, but because of heavy rain and storms he was flown to an area hospital instead. 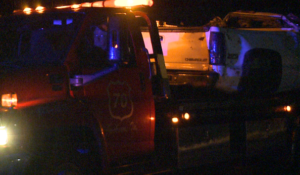 Officers are still working to determine the cause as well as who was driving. Investigators tell WBBJ 7 Eyewitness News the names of the victims will not be released until family is notified.