DYER COUNTY, Tenn. —  Former Alamo Police officer Marcus Parr was indicted by a grand jury last month, accused of sexual harassment and stalking two women. Just one month later, he has been arrested for claiming to hold a job he no longer has. 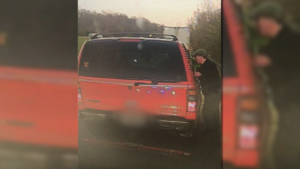 Tuesday, former officer Marcus Parr was stopped along I-155 by a Dyer County deputy, accused of speeding. You can hear in the video, Parr claiming to be an officer in Crockett County.

“He never denied, never backed down from that until later the officers confronted him about it,” Dyer Co. Sheriff Jeff Box said. “Then he tried to back out of what he was saying.”

This letter states Parr’s employment was terminated by the Alamo Police Department in December 2016. According to the police report, officers found a blue light, a taser cartridge, narcotics test kits, and termination papers from several police departments in Parr’s SUV.

The 44 year-old was arrested and charged with two counts of impersonating an officer. 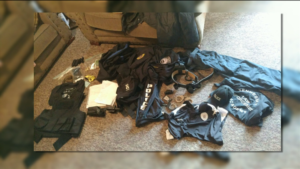 Sheriff Box says it is unclear if Parr actually made traffic stops in his red Chevy Tahoe, but investigators said that possibility raises concerns.

“Anyone out there that thinks they have been stopped by this individual, or anyone that’s posing to be a police officer, we wish they would contact us or their local law enforcement,” Sheriff Box said.

Parr is currently free on bond. He is scheduled to appear in Dyer County court on May 1 and on June 2 for his case in Crockett County.