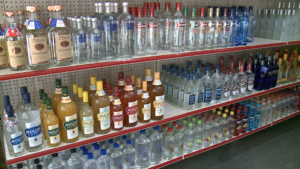 Oden’s Liquor was able to open due to a vote earlier this year. The owner of the store has been here in West Tennessee for nine years after her and her husband came here from Louisiana to buy their family store.

They decided to open a liquor store after many of their customers said they should.

Store owner Samantha Allen says it will be a great revenue source for the county.