DRESDEN, Tenn. — A Dresden Middle School student was killed in an accident involving a gun, according to school officials. 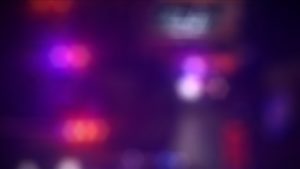 Weakley County Schools issued a statement Monday saying they are mourning the loss of a sixth grader killed in a gun accident.

“We learned Sunday afternoon that one of our students, Jerron McAlister, had been in a fatal accident involving a gun,” Middle School Principal David Lewellen said in the release.

Lewellen was told McAlister was visiting a friend’s home when the accident occurred.

“He was a terrific young man,” Lewellen said. “Our entire school community will miss him and will keep his family in our thoughts and prayers.”

Weakley County Director of Schools Randy Frazier said he and the entire school system extend their deepest sympathies to the families involved.

The school district’s team of response counselors will be on campus to help students and staff, according to the release.

“Our counselors and other supervisory staff will arrive at Dresden Middle School Monday morning to provide guidance and resources,” Frazier says in the release. “They will be available to meet with students or staff as the needs arise.”