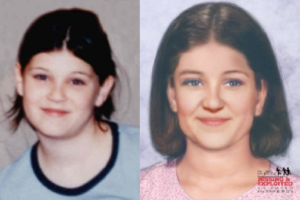 Bethany Markowski, Carter’s daughter, is believed to have gone missing in Jackson on March 4, 2001. It’s been 17 years and the same questions are still unanswered.

Her daughter was a sassy and friendly child that loved to sing.

“She was just a pleasure to be around. She was a good girl,” Carter said. “A good little girl. Now she’s a great woman somewhere.”

The Tennessee Bureau of Investigation was called in to search for Bethany at the request of the district attorney at the time. 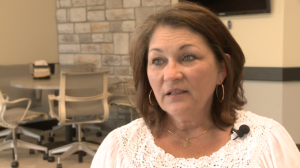 According to the TBI, Larry Markowski, Bethany’s father, picked her up March 2, 2001 in Waverly for a scheduled visitation. They went to Little Rock, Arkansas, to visit with friends, and, according to Larry Markowski, they left around 10 p.m. March 3.

They returned to Gleason in Weakley County the next morning, around 9:30 a.m. March 4.

“The father stated they arrived in Jackson around 2:30 p.m. They slept in the Old Hickory Mall parking lot in the vehicle for about 30 minutes when Bethany asked to go into the mall,” Jones said. “He allowed her to go into the mall by herself, according to his account, and where he continues sleeping in the van.”

“I took my little girl to the Jackson mall, and we took a nap in the van, and she got up and wanted to go in the mall, and she supposedly went in, and I fell back asleep for a while and woke up and went to look for her,” Markowski said.

Larry Markowski allegedly parked his vehicle on the JC Penney side of the Old Hickory Mall. Hours later, he went to mall security to report her missing, but surveillance tapes at the mall never show her entering. 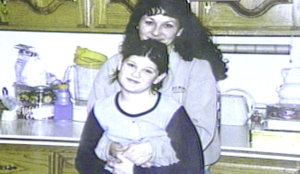 “I made a mistake by letting her go into the mall. I shouldn’t have done that, and I just don’t know,” he said.

The TBI says they can corroborate that he was at the Old Hickory Mall at some point that day because he reported Bethany missing there.

“We have no evidence to corroborate Larry Markowski’s story that Bethany was ever even at the Old Hickory Mall in Jackson,” Jones said.

According to the TBI, over the years, they have had numerous leads, tips, alleged sightings — all of which they fully investigate.

Three months after Bethany’s disappearance, a woman tried to enroll Bethany in a school in East Tennessee, but when school officials requested her records, the woman and little girl didn’t return.

“They ask, of course, for her school records, and the woman said, you know, ‘I don’t have them. I’m her aunt. Her dad will have to bring her back,'” Carter said.

There was another tip, Carter says. A woman and a little girl reappeared at a cafe in East Tennessee for three days. Jonnie says the woman kept using the pay 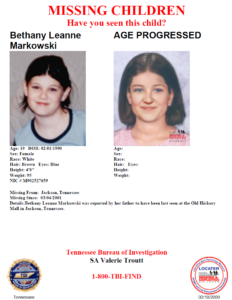 phone, possibly the same woman who resembled the person attempting to enroll the girl in school not long after she went missing.

“Evidently, she didn’t get in touch with who she needed to because on the third day she was even more upset,” Carter said. “If I would have had Bethany fingerprinted, I wouldn’t have gotten her back, but I would have known if that truly was her.”

The woman and the little girl got into a cab. Jonnie spoke to the cab driver and the man who sold the unknown woman two bus tickets to Moline, Illinois. According to Jonnie, she says she doesn’t think they were ever used.

“The TBI flew into Moline, and they weren’t on the bus,” Carter said.

And another lead two years ago ended up giving Carter false hopes. A girl who claimed to be Bethany knew her birthday, could point Carter out of a picture, and many other things.

“This is obviously an unsolved case,” Jones said. “We don’t have Bethany. If we know what happened to Bethany, you know, we wouldn’t be here today. But no one has been marked off as a potential suspect in this case. All leads are followed up on, and on the flip side, if we had enough evidence to pinpoint one particular individual as the suspect in this case, we probably would already have been moving forward and hopefully had a resolution in this case.”

The TBI and Carter still say there is hope Bethany will return home.

“Obviously nothing has been resolved to the point where we still don’t believe that Bethany can’t be returned home safely,” Jones said.

“In my heart today, she is forever 11,” Carter said. “I look at the age progressions of her, and I’m like, ‘How could she be a grown woman now? How could she be 28 years old?’ We have both changed a lot. I know I have grown up and learned how to fight.”

If you have any information about Bethany’s whereabouts or if you were at the Old Hickory Mall on March 4, 2001, you are urged to contact the TBI. Their hotline is 1-800-TBI-FIND, or email tipstotbi@tn.gov.

Poll of the Day: What's your favorite holiday movie?