Veteran bikes across US to raise awareness for PTSD

JACKSON, Tenn. — Eli Smith is an Army veteran. While in service, he was a tank gunner stationed in South Korea. 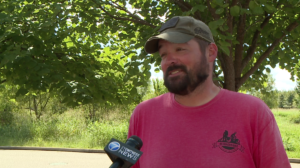 In Novemeber of 2016, the 38-year-old decided to travel to the four corners of the United States raising awareness for post-traumatic stress disorder. It is a journey he originally began on foot.

Smith says he sold all of his belongings when he decided to take on this task. His current bike was donated by a company out of Seattle. His food and hotels are also usually the result of charitable donations. But for Smith, the lack of stability is worth it.

“I have received so far in the journey, 12 letters from veterans that have come across my journey and changed their mind about suicide and are getting help now. That’s an amazing feeling,” he said. 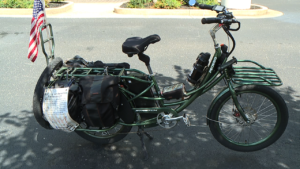 While Smith does not personally suffer from PTSD, he has lost friends who suffered from it.

For Smith, the ride to raise awareness has not been a smooth one. “There’s no support vehicle, no nothing. I was alone when someone tried to kidnap me in Texas, same person three different times in one day,” he said.

That is just one of the obstacles he has come across. He says he has also been hit by a car and robbed at gunpoint, but the effort is still worth it.

“It is really great to see people from all over the country come together for just a good cause,” Smith said.

He plans to finish his journey around Thanksgiving of next year.