“We started running the figures from last year,” said Felecia Teddleton, owner of Felecia Bella. “Actually, we’re in the double-triple figures down for the year last year from the road construction, which was massive.” 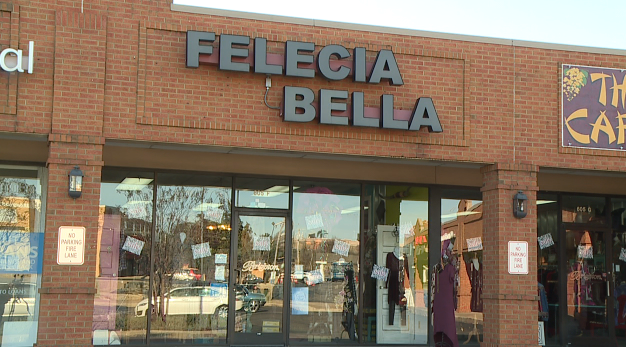 “Our loyal customers have continued to come and fight the traffic and fight the obstacles, but as far as being able, drive-bys or walk-by people coming in, it has made an obvious difference in our revenues,” Teddleton said.

She says the closing of the store is because of the road construction on the Highway 45 Bypass.

“The road construction has definitely played 100 percent of the problem,” Teddleton said. “I think it has affected us and so many people in this area that it’s been tough.”

Teddleton says she has owned the business for 9 years. She says making the decision of closing it down wasn’t an easy one.

“This has been one of the hardest decisions I think I have ever had to make, and I kept putting it off and putting it off,” Teddleton said. “It’s like your baby. You birth it. I started this business with $250 a dream and a vision.”

She says she is hopeful that something better will happen.

“You come to a place, you have to let go of something so something new can come along even bigger and better,” she said.

Teddleton says her last day in business will be March 31.