JACKSON, Tenn. — A Madison County employee announces his retirement following a $200,000 fine by the IRS.

Mike Nichols, the director of finance for Madison County, announced his retirement Tuesday. 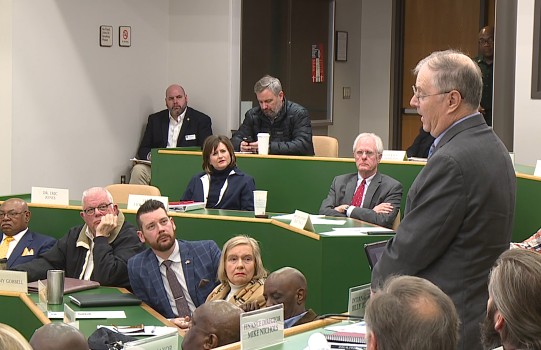 “There are some situations that have come up in Madison County that have been difficult on our office and me personally,” Nichols said.

Nichols says he made the decision to retire after the county was fined $208,000 by the Internal Revenue Service. The fine came after the Finance Department failed to submit W-2 forms to the IRS back in 2015. The forms were later submitted in 2016.

Nichols is waiting until June 30 to fully retire, and he will have a hand in solving the mistake.

“It’s been a tough three years for him, and things have taken place that could have been out of his control, but they happened, and he feels responsible for them, so he’s responding in the proper way,” County Commission Chairman Gary Deaton said.

The county and Nichols are still taking steps to try to address the fine.

“We are in the appeal process now, and the government is shut down, and we’ve hired ATA to help us with this situation, so I really don’t know where we are,” Nichols said.

If the appeal is not granted, Madison County will have to pay.

“Well, it has to come out of the general fund. We have to pay for it,” Deaton said.

The Madison County Commission also approved over a million dollars to fund renovations at football stadiums at North Side and South Side high schools. They hope to have the renovations completed by the start of football season in August.