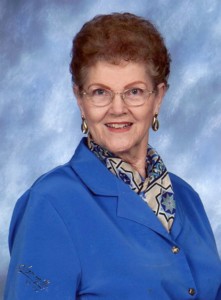 Mary Joyce Davidson age 90, of Jackson, TN passed away on Tuesday, May 14, 2019 at the Jackson Madison County General Hospital. Services are under the direction of the Bells Funeral Home.

She was preceded in death by her husband of 51 years, Mr. James Lewis Davidson; two brothers:  Charles Lennon and Williams Lennon; and one sister:  Doris Reagan.

Mrs. Davidson is survived by her son:  Mr. James Davidson of Jackson, TN; and leaves a legacy of two grandchildren:  James Edward Davidson and Ashley Dawn Davidson (Jason Ward) all of Jackson, TN.

A memorial service to celebrate the life of Mrs. Davidson will be announcement at a later date.