Local officer takes on the ‘Git Up Challenge’

MILAN, Tenn. — It seems like every summer there’s a new dance craze, but you’ll want to “git up” for this latest dance challenge. 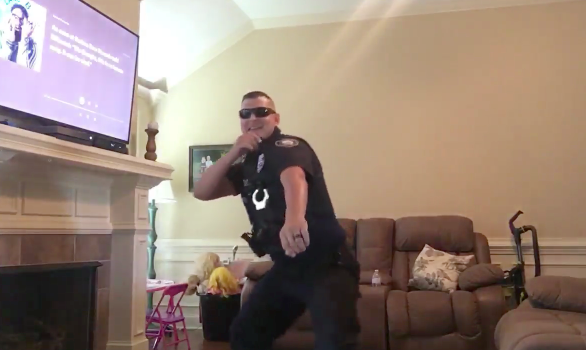 Sung by artist Blanco Brown, the “Git Up” song is used in the latest dance challenge, with the same “country-rap” vibe that songs like “Old Town Road” have been making popular.

This particular challenge also has been popular with law enforcement from all over the country, including here in West Tennessee.

In a video posted on the Milan Police Department’s Facebook page, Patrol Officer Gray Scott decided to “hoedown and get into it” himself.

“I received a lot of messages from a lot of different people, so I decided to go ahead let loose and do it,” Scott said.

Scott says he decided to do the challenge just to show his human side.

“It’s very important, especially as a police officer, just to show people that we are human,” Scott said.

He isn’t the only one who tried out the challenge. Another video showed Dyer Patrolman Mark Meadows doing the challenge with neighborhood children. As of Tuesday afternoon, that video had more than 800,000 views.

“You know life’s too short to be serious all the time,” Scott said.

The challenge has been used for things like recruiting or for bringing attention to causes. Whatever it’s used for, Scott says he wants the challenge to keep going around.

As of Tuesday afternoon, Scott’s video has more than 63,000 views.