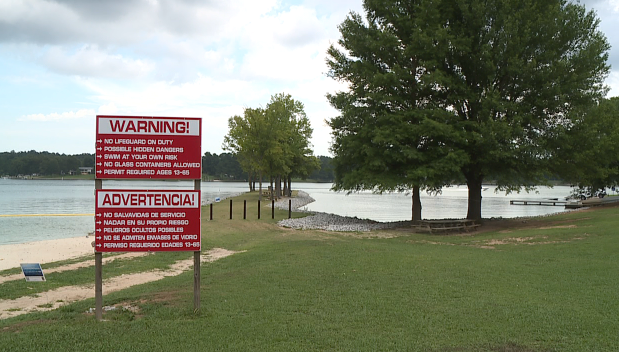 There are signs at the lake warning people that there is no lifeguard. Virgil Nance, who lives in Lexington, says people should look out for each other and know their limitations.

“I would advise people young and old to not take chances and be careful,” Nance said.

Local residents say a few changes should be made to ensure this doesn’t happen again.

“I really think they should set aside a swimming area that’s well marked, and there’s an entrance fee to be here, so to me a lifeguard will make a big difference,” resident James Christoferson said.

Lexington police say they don’t believe foul play was involved in the drowning. Authorities have not yet released the name of the victim.