Parker was a loyal “Fortnite” player for more than a year, but a few weeks ago, the third grader said his love for the game changed. 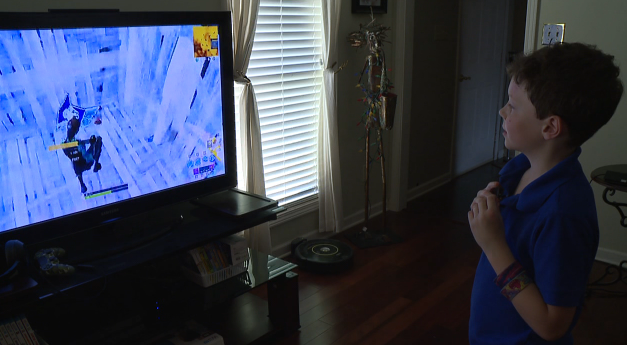 “And I wasn’t myself. I would just be grumpy all the time,” Parker said.

“In the middle of the movie he would kind of want to sneak out and go play,” Allison said.

Fed up with his roller coaster of emotions, Parker decided to cut right to the root of the problem.

“I asked if I could cut it because I didn’t really feel like it was good for my life,” Parker said.

Parker cut the cord to his PlayStation to prevent himself from playing “Fortnite.”

“Once I realized he was serious and he wanted to do it for the right reasons, I was all for it,” Allison said.

Parker’s teacher at Community Montessori School was on board as well.

“I had thought, ‘wow, that doesn’t surprise me at all.’ I know Parker and I know that when he sees a problem he likes to fix it,” said Kara Dodd, Parker’s teacher.

When asked how he felt after he cut the cord, Parker said, “Amazing.”

He said now he can get back to being his old self.

Parker also said he will spend more time outdoors. He does not intend on playing any video games anytime soon.

Game of the Week: Week 7

Team of the Week: Week 6

Player of the Week: Week 6