Greyhound station turning the lights back on after 70 years 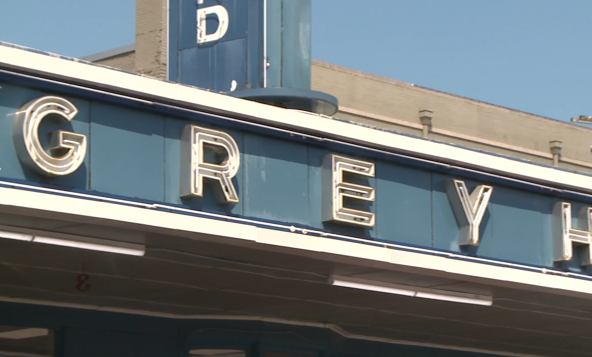 On Thursday night, the Greyhound bus station in downtown Jackson will flicker back to life.

Allen said after many years, it’s time to turn the neon marquee lights surrounding the station back on.

“When we turn these lights on, it will be the first time they have been lit since the 50’s,” said Allen. “Just to be able to maintain this building, and keep it in the downtown area, it’s something that everyone enjoys.”

Allen said everyone, young and old, is grateful the building is still standing.

“The Greyhound is on a historic register and this type of architecture you just don’t see anymore,” Allen said.

He said some people even think the bus station is still open for business.

A few people came to the station Wednesday ready to go.

“A day does not go by that someone is not coming by here to get their picture made. We have already had a wedding in here during the construction phase a couple of weeks ago,” Allen said.

Allen said the history of the Greyhound in Jackson goes deep, back to the late 1930’s. He said some of the history here was good, while some history was bad.

He said around the time the Greyhound was built, segregation laws were still in full effect, creating segregated areas at the bus station.

One side of the station was for black people, and the other side was for white people.

But with the 1950’s long gone, Allen said the Greyhound Bus Station eventually became a place for everyone.

“It was the traffic hub in this area. All walks of life went in and out of Greyhound,” Allen said.

Allen said even though the bus station will never operate again, he has a few ideas in mind for what to turn it into next, although he stopped short of revealing the possibilities.

The lighting of the Greyhound Bus Station will be at 8 p.m. Thursday at 407 East Main Street in downtown Jackson.