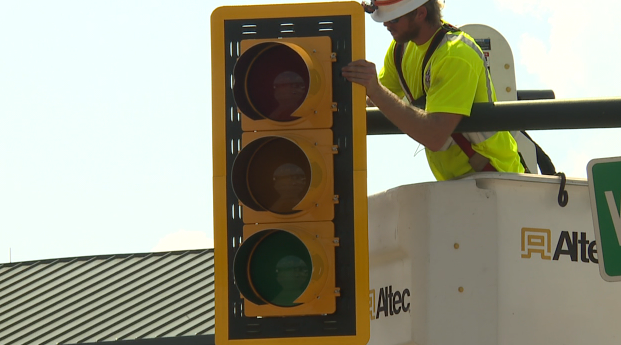 “We hope that with adding the back plates, they become more visible,” said Kris Gordon, assistant city engineer. “Of course the LED’s will be as bright or as brighter.”

Gordon says not only will the LED traffic lights be brighter, but they will also sit higher and be much sturdier during bad weather.

“We’ve had issues with those lights twisting and the way they are hanging down,” Gordon said.

Gordon says the old traffic lights downtown were due for upgrades. Most of those lights need to be changed every eight years.

“We’ve had existing LED’s in there, but every so often, those are due for an upgrade to ensure that they meet the lighting requirements,” Gordon said. “We took this opportunity to upgrade signal housings, signal mounting brackets and hopefully give it a fresh look.” 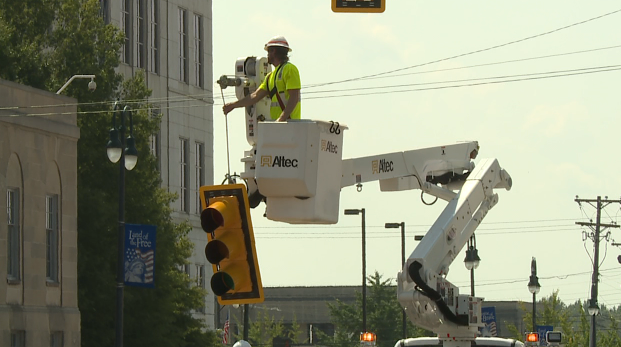 Gordon says the new, sturdier brackets are expected to hold the lights in place better than the older equipment.

“Except for College Street and right there on Liberty Street at the LIFT those intersections are newer,” Gordon said. “The city is taking over the signal system over the last few years, so we are slowly working to make bigger upgrades and be able to spend our funds, so you’ll probably see the city of Jackson signals being upgraded throughout town.”

For a full list of areas where lights were upgraded, visit the “Seen on 7” section on our website.