Willie Nelson, Alison Krauss perform for thousands of fans at Ballpark at Jackson 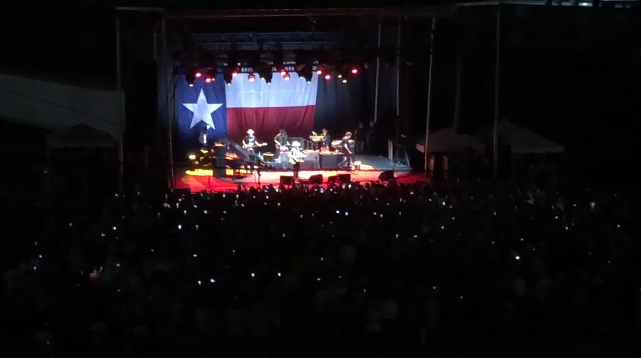 Plus thousands more coming in from all across West Tennessee for the Willie Nelson and Alison Krauss concert.

Anita Kay Archer with the Bank of Jackson said this is one of their largest travel clubs, with bus loads of country music fans coming to the concert.

“And what perfect travel plans to come to the Ballpark at Jackson, Tennessee to see Willie Nelson and Alison Krauss,” said Archer.

This is the third big concert at the Ballpark of Jackson.

“Is this exciting, though, for Jackson to have such a concert?” said Archer.

Willie Nelson fans said they came the concert in a true country fashion.

“Blue jeans, boots and a cowboy hat, but you gotta be a true country person to be able to wear that,” said Willie Nelson fan Jeff Butler.

“I saw Willie back in the 70’s without saying my age but you know, but I have been around but not as long as Willie, but Willie has always been my favorite and a lot,” said fan, Ricky Meeks. “I’m ready to hear “Blue Eyes Cryin’ in the Rain.”

Organizers of Tuesday’s show said they are planning to have more concerts at the Ballpark of Jackson in the future.