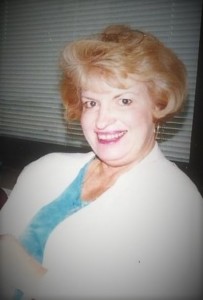 Gloria Kirkpatrick, known to friends as “Glo”, passed away on September 22, 2019, at the age of 72 years old. She was the youngest daughter of Maxwell and Marguerite Davis, also of Memphis. Peggy Davis Mosser, her older, wiser, only sister currently lives in Federal Way, Washington. She and Jackie had two daughters, Wendy Denise Killebrew (Forsyth, Montana) and Stacey Graham Stephens (Michael) (Oakland). Upon the passing of her dear friend, Norma Kay Purdy, she adopted Michelle Purdy Carter (Jeff) (Lakeland) as her daughter as well.

Gloria was born in Memphis and grew up in the Hollywood community. She attended Tech High School, studied cosmetology and graduated in 1964. While at Tech High School, she was a cheerleader and was quite the social butterfly. Not long after her high school graduation, she was married to one of those “damn Grahams”, Earl J. “Jackie” Graham, Jr. She remained in Fayette County while their children were in school at Fayette Academy. She was also a member of Somerville First United Methodist Church.

Throughout Fayette County, she worked cosmetology miracles for over 20 years and absolutely loved each and every customer. She began her beauty career at Justine Robertson’s beauty shop on the square near the Two Sisters’ Fabric Store. In later years, she worked in Williston with Carolyn Diffee and then came back to Somerville to work for Pat Montague.

Once her children finished high school, she returned to Shelby County back to her roots. She continued working her hair magic in Bartlett, Tennessee for Shirley Wade at Modern Hair Styles. Later, she decided to take her hair game on the road to JC Penney salon at the Wolfchase Galleria. Many customers followed Gloria, no matter where she worked, to get their roller sets perfected. She was not only a great beautician, but also, served as therapist/friend, etc.

Until she was diagnosed with Muscular Dystrophy 17 years ago, her career was one of the most fulfilling parts of her life. While this diagnosis shortened her career, it provided her time to enjoy her many customers and friends without a schedule. Without the help and support of these loyal friends and customers, her health may have declined much sooner. During this time, she was able to see her grandchildren more often. She has two grandchildren in Michigan, Aaron Richard (24) and Anna Kathryn Killebrew (22) and two grandchildren in Oakland, Jason Bradley (23) and Courtney Paige Stephens (19).

Her Celebration of Life service will be held at the Peebles West Funeral Chapel at Oakland on Wednesday, September 25th, 3pm- visitation 4pm-service, with David Reeves presiding.

Gloria requests that any memorial donations be made to the Muscular Dystrophy Association at 3149 Players Club Parkway, Memphis, TN 38125.