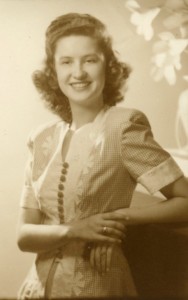 She was born on November 12, 1927 in Haywood County, TN to the late Robert Jefferson and May Rassmann Castellaw. She was a member of the Bells First United Methodist Church for over 70 years and worked as a Personnel Director for Pictsweet. She was also preceded in death by her husband of 67 years, Mr. Warren Blackburn; one daughter:  Brenda Skipper; two brothers:  Carl Castellaw and Charles Ray Castellaw; one grandson:  Adam Skipper.