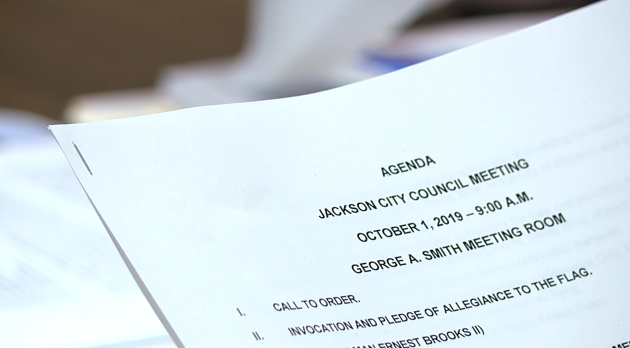 In August, Jackson Mayor Scott Conger confirmed the city of Jackson is more than $70 million in debt.

“This is like a huge home refinance,” Conger said.

Tuesday city council members will be voting on whether the city will acquire $69 million of general obligation refunding bonds.

“This is a large multi-scale refunding, restructuring so we can reduce our debt payments,” Conger said.

According to Conger the city will be removing variable debt loans and replacing them with fixed debt loans. Conger says this will both lower costs and remove some of the city’s debt.

“That will save us money because you see the variable rate continue to climb,” Conger said. “We can lock in a fix rate, a low fixed rate, and so as the rate climbs, it won’t affect us.”

Conger says the city projects the total savings will be anywhere from $2.5 million to $4 million of where the current debt stands.

“We stretch that out over several years, that’s reducing our debt payment by several hundred thousand dollars a year,” Conger said.

“We didn’t get this way overnight and we can’t do it short term,” said Gary Pickens, with the District 1 city council.

City leaders say, in the long run, there will be better rates, better deals and lower payments.

“I want the citizens to know that this city council is taking all this seriously because we got to get this debt under control, and I think this vote that we will be taking Tuesday will be a great step in the right direction,” Pickens said.

The mayor and city leaders did not make it completely clear how the city got into this much debt.

The next city council meeting will be Tuesday at 9 a.m.