Community reacts after school bus is shot at with BB gun

JACKSON, Tenn. — Around 3:30 p.m. Tuesday, Jackson police say they got a report that someone was shooting at a school bus with a BB gun on Interstate 40. 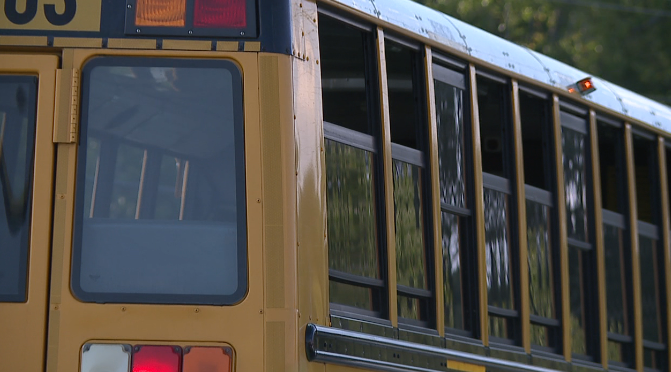 Carrie Hanson says three of her children were on the bus at the time of the incident.

“My children came running inside frantic, hysterical, and they just told me that their bus had gotten shot,” Hanson said.

Police say the bus driver did not notify police about the incident immediately.

“At that time we did not know that the window had been shot with a BB gun,” Bryan Chandler said.

Chandler is the director of the Jackson-Madison County School System’s transportation center. He says the bus driver followed protocol by pulling over and alerting the transportation center that a window was broken. Chandler adds that broken school bus windows are not uncommon.

“When this sort of thing usually happens, it’s usually a rock or debris, especially when we’re on the interstate,” Chandler said.

Chandler says the school bus windows are made from shatter-proof glass, which kept the windows from exploding upon impact.

No arrests have been made as the Jackson Police Department continues their investigation.

If you have any information that could help this investigation, call Jackson police at 731-425-8400.

Poll of the Day: COVID vs. Flu