Residents continue to clean up damage caused by weekend storm

A strong storm swept across West Tennessee Saturday leaving many without power. 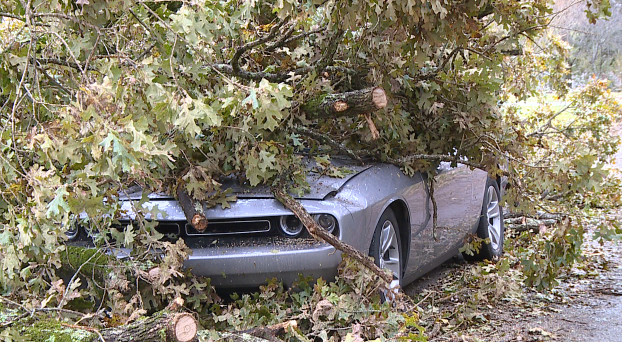 And a big mess to clean up.

“There is a lot, a lot of devastation,” said Adamsville resident Lanetta Littlefield Heyen. “It will take a while to get all of this cleaned up. It’s really more widespread too than I was expecting, so it is going to take a lot of hands.”

Parsons and Adamsville are just two cities affected by the storm.

“It was crazy,” said Adamsville resident Joe Hopper. “It looked like an EF- 5 tornado hit the whole city block, really.”

An Adamsville man, 63 year-old Ray Wood, was killed at his home Saturday during the storm. According to friends of Wood, he went out of his home to retrieve a family pet when a tree fell on him.

“He’s gone,” said James Lee, a friend of Wood’s. “He is a super fellow that is gone and everybody that knows him is going to miss him.”

Close friends of Wood who decided not to speak on camera say they describe Wood as a loving, kind and caring man and say he is a beloved member of the community.

“If I needed anything from him, it didn’t make no difference when it was, how it was, he was there,” Lee said.

Sparks says water was provided to those who were affected by the storm. Several water distribution sites were held in parts of Decatur County.