JACKSON, Tenn. — A new farm opens in Madison County with hopes of helping the environment. 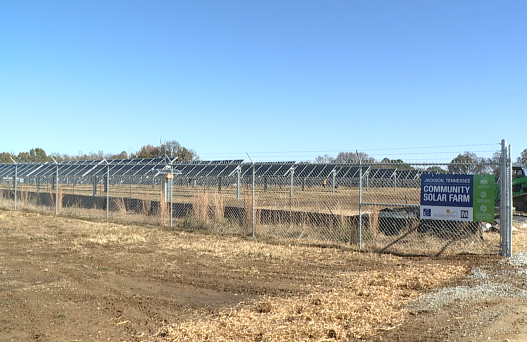 “This is important to us to have a long-term sustainability goal for our generation sources,” said JEA CEO and President Jim Ferrell.

The two-megawatt solar site will feed into the electric grid and power the equivalent of two large neighborhoods or one large business.

“This was set up for sustainability goals for some of our industrial customers at TBDN Toyota Boshoku,” Ferrell said. “We have a couple of others that are interested in getting their power coming from this site so they can say they have renewable energy powering their facility.”

This isn’t a one-time project. Both JEA and TVA hope to keep building sources of renewable energy all over West Tennessee.

“This power is also going to be used for the whole region. Even though it’s meeting sustainability goal, it does go to the grid to help other service members,” said Chris Hansen, the director of origination and renewables at TVA.

And the TVA believes by 2030, they’ll have reduced carbon emissions by 70 percent.

“We feel like the sun is going to be here for a long time, and this is going to generate power for a very long time,” Ferrell said.

Nashville-based Silicon Ranch, one of the nation’s largest independent solar power producers, funded the construction and will own and operation the facility.