MEDON, Tenn. — A local community is reaching out to help the family of a hunter who faced major injuries. 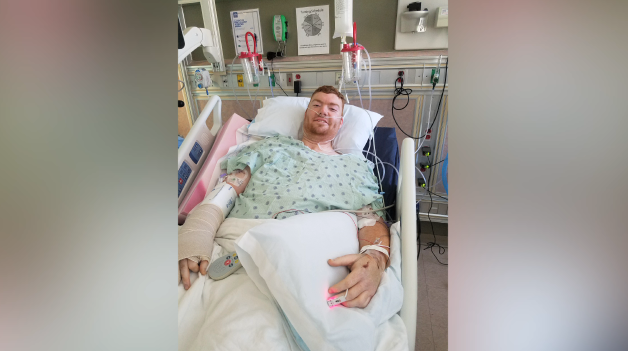 “It’s sort of bittersweet for him, being in the hospital faced with a life-changing situation,” said Gene Yoder, who organized a fundraiser.

Tyler Lay celebrated his birthday Tuesday at Regional One in Memphis with major injuries after a hunting accident Friday afternoon.

Family members say that Lay was on his way down from a deer stand when the cable broke, and he fell about 20 feet to the ground.

“He landed on his back, crushed his spine and was airlifted to Memphis,” Yoder said.

Madison County Fire Chief Eric Turner says fire and rescue crews responded on ATV to get Lay out of the woods.

“Fortunately, he was able to use his cell phone to call for help,” Turner said. “We were able to pinpoint his GPS location.”

Turner said a medical helicopter landed in a field nearby, where Lay was taken after rescue teams got him out of the woods.

Lay’s first surgery after that was just the beginning of a series of procedures.

‘They had to deflate a lung and take out a rib in order to create somewhat of a cage to reconstruct his spine,” Yoder said.

“To further stabilize the spine and further reconstruct it to where he can begin somewhat of a healing process and give him the greatest chance of possibly walking again,” Yoder said.

But more surgeries are still ahead for the family.

“He’s probably looking at a year to go through rehab. They want to send him to Shepherd’s in Atlanta,” Yoder said.

Lay could also need wheelchair accessible updates to his home.

As of Tuesday afternoon, he was in the Intensive Care Unit, but in good spirits.

Tyler’s family and friends have started a GoFundMe account to help with medical bills and making his home wheelchair accessible.