Many people living in west 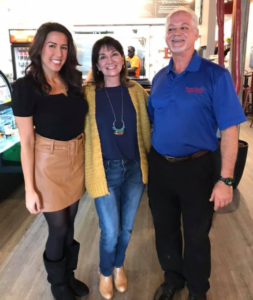 Tennessee have heard of Baudo’s.
It closed down in January this year after 54 years of business.

“We had such a tremendous response to the closing we thought, well, maybe we are not quite ready yet. So, we thought, let’s give this a shot, but a little different concept,” said restaurant owner, Jack Baudo.

Plus, a new location and a new name; you can find Mama Baudo’s Chow Bella at 429 Walker Road in Thomsen Farms in north Jackson. The new restaurant has some of the original tables and even a menu from 1965 where some items were only $1.25.

“This family has been doing this for generations, so you know you’re going to have good food here,” said customer, Jessica Alsobrook.

“We make everything from scratch. We use everything from farmer’s market almost daily. The recipes are all from my mother, some of them are mine, some are my sister Sharon’s, she makes the desserts,” said Baudo.

All Italian delicacies including spaghetti, lasagna, mushroom ravioli and desserts like cannolis, tiramisu and more.
Customers can now create their own pastas or salads.

“I feel like they are a part of my family because they’ve been feeding me for a long time,” laughs loyal customer, Cynthia Wright.