JACKSON, Tenn. — A large sinkhole has opened in a parking lot adjacent to the Old Country Store and Casey Jones Village. 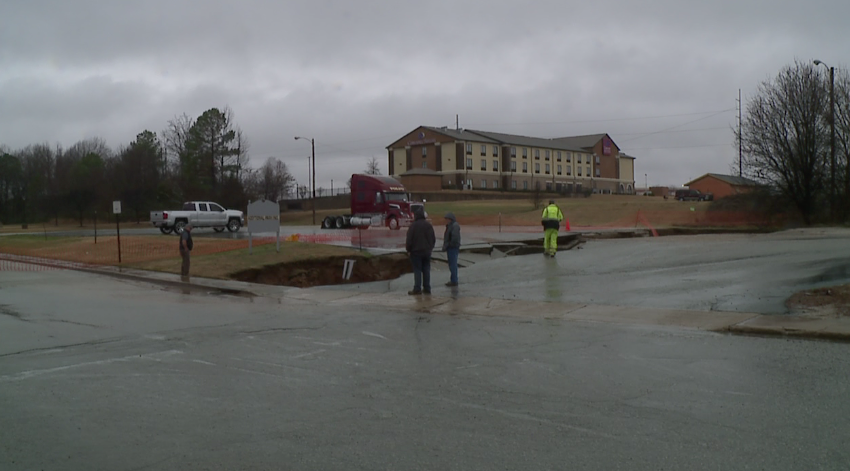 Shaw said the sinkhole is not on the Village property, but is used as an additional parking area for visitors.

The City of Jackson announced Thursday afternoon that part of Casey Jones Lane will be closed, effective immediately, until further notice due to the expanding sinkhole.

Casey Jones Village and the Old Country are both still accessible at this time by using the left turn at the train museum at Casey Jones Lane.