MILAN, Tenn.– One West Tennessee town is working to get the attention of a national television show. 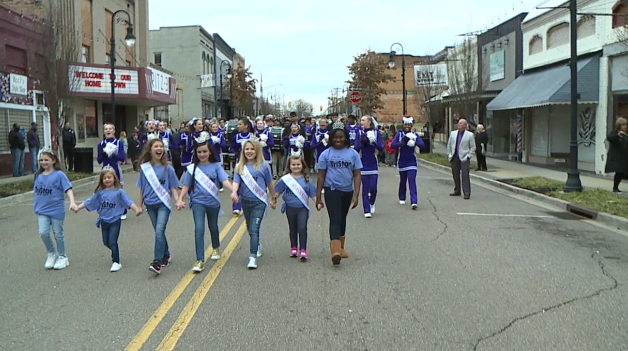 Milan residents gathered to film a video to send in for HGTV’s ‘Hometown Takeover.’

Ivy and his family live in Milan, a town that could be in the running for some major changes.

“If they can get in there and show our community they’re helping us out by painting and re-bricking, I think it will be good for this community,” Ivy said.

Hundreds of residents gathered in the parking lot of Regions Bank to get ready for their community’s debut.

Videographers filmed with a drone and took pictures, all to get the attention of producers of ‘Hometown Takeover’ on HGTV.

“I think it would help. We have a community that supports each other, but for anything that comes in from the outside would be a huge advantage to us,” resident Lori Sitton said.

The group paraded up and down Main Street in downtown Milan.

Milan residents say that with a little extra help from HGTV, it could breathe some new life back into their hometown.

“It would be a game changer to have HGTV come here. From downtown, to the community, from football to the school system, it would be a huge game changer,” resident Karen Orman said.

Community members also showed their love for their hometown.

“I love Milan because the community helps out with everybody, the schools, the rest of the community, and the other kids,” resident Tiffany Raley said.

“I’ve lived here for 55 years, and it’s a fine community. Everybody loves each other, and we love working together,” resident Harold Johnson said.

‘Hometown Takeover’ is geared towards helping towns with a population of 40,000 or less.

The deadline to enter your town in is February 7.