JACKSON, Tenn. — The third piece of the puzzle might be coming together for the public-private partnership to build two new schools in Jackson. 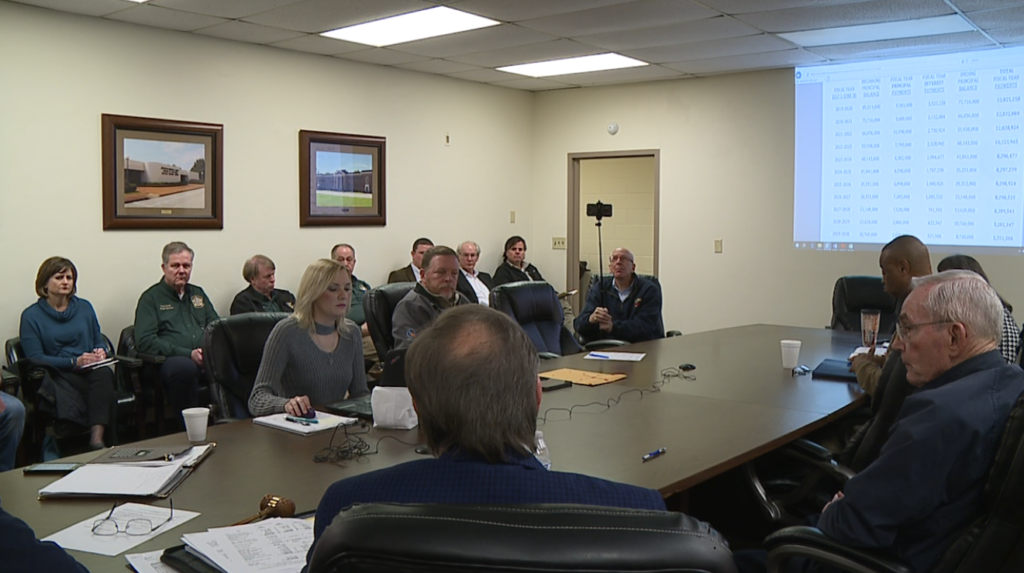 “Once these projects are built, Madison is built, JCM is built, it’ll be one of the best things we’ve done in a long, long time in Madison County,” Madison County Commission chairman Gary Deaton said.

Monday, in a special called meeting, the Madison County Financial Management Committee voted to send a recommendation to help fund the project to the full commission.

“We’ve gone along with this for two years. Everybody has been on board with it. Recently now, there’s a few who may be pulling back a little,” Deaton said.

Committee chair Arthur Johnson was the only person to vote against the recommendation. Budget Committee chair Doug Stephenson said during the meeting this partnership is so complicated that he doesn’t know how he’s going to vote in the full commission.

“They can afford to do what they’ve agreed to do. The fact that they have concerns means they’re paying attention, is the way I look at it,” said Hal Crocker, who is a partner in Healthy Community, LLC.

The county has, so far, spent over $2 million on the project, but the cost has gone up 2$ million more than the original estimates.

The new schools are expected to relieve the financial pressure of keeping up with Madison Academic High School, and overcrowding at Liberty Technology Magnet High School and North Parkway Middle School.

“The concern is on the city and county side. Now the school system itself? We’ll just enjoy the benefit of having this facility,” said Ray Washington, who is interim superintendent at the Jackson-Madison County School System.

The County Commission is expected to take this up in the next meeting. All the closing documents must be signed by March 31.

Once the documents are signed, the schools are expected to be finished in a year and half.

The county’s portion of the cost is almost $23 million over seven years.