SAVANNAH, Tenn. — “After ‘Tiger King’ and as of last Friday, I had 8.7 million hits on ‘Here Kitty Kitty,” said Bobbie Cooper, a Carole Baskin look-alike. 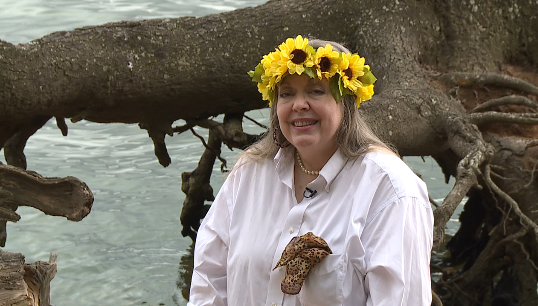 Cooper hasn’t been mistaken for Netflix star Carole Baskin once or twice, but instead, 8.9 million times.

While she was in her home town she was asked to make music video.

“A friend of mine came over across the street and she asked me to call this guy because he was looking for me and I’m like what! I couldn’t figure out why,” said Cooper.

Cooper said the guy turned out to be Joe Exotic.

“I didn’t even know who Joe Exotic was, but I had seen, you know the big signs, about the G.W. Zoo on the interstate,” said Cooper.

“He said I was a dead ringer for Carole Baskin,” said Cooper.

With the right look and a video camera, Cooper was the main character of the ‘Here Kitty Kitty’ music video, where Cooper portrays Carole Baskin.

“It’s a magnificent video, it was so much fun to film, we actually dumped food and stuff in a septic tank, which is supposedly what Carole did, I’ve never met Carole Baskin,” said Cooper.

Ironically, not many people in West Tennessee even took notice of their resemblance.

“1 or 2 people, if I mentioned it, they would say, ‘oh yea, you do’, but as a general rule nobody knows, it was an interesting thing to have happened,” said Cooper.

Cooper may go viral again, this time in Tennessee, with a dance video she and Brittany Kyles recorded Tuesday night.

Cooper says she has never actually seen ‘Tiger King’ because she doesn’t have a Netflix account.