Restaurants give back to four families after fatal wreck

DOWNTOWN JACKSON, Tenn. — “Table for Four” is a fundraiser created by Jerry Corley, owner of Rock’n Dough Pizza and Brewery in downtown Jackson. 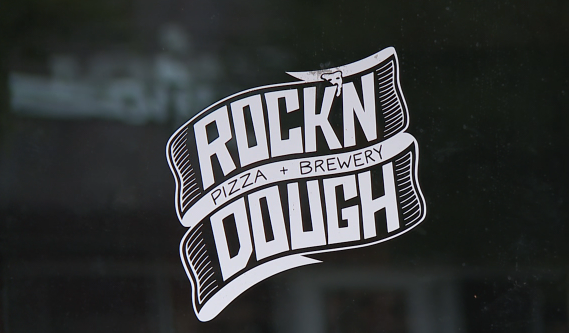 It’s an effort to raise money for families affected by a recent tragedy.

On May 16th, three teens and a 22-year-old male died in a car accident in Chester County, and another teen was seriously injured. Corley says this tragedy hits close to his business.

“A mother from one of the children that were in the wreck used to work for us, and so as soon as we heard about it we were like ‘man, let’s figure out how we can help out,'” said Corley.

For the fundraiser, Rock’n Dough Pizza and Brewery is teaming up with three other restaurants in the Hub City: The Blacksmith, Asia Garden and Coyote Blues. 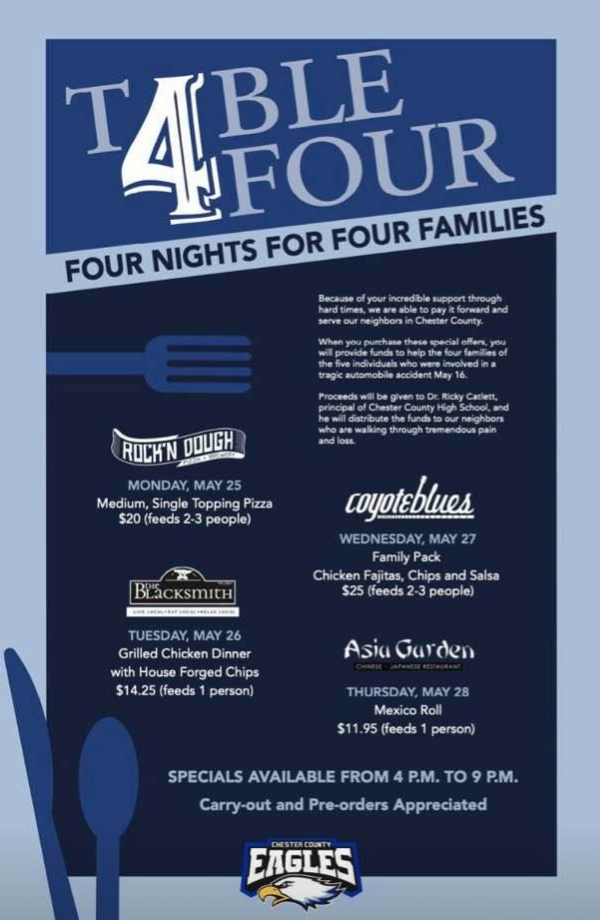 For one night, each of the four restaurants will have a special meal of the night from 4 p.m. to 9 p.m. The proceeds from that meal will help family members affected by the car accident.

“We’ve been extremely blessed to have the business and the support that we’ve had, and so it just seemed like an unbelievable time to be able to say ‘hey, we’re going to try to give back,'” said Corley.