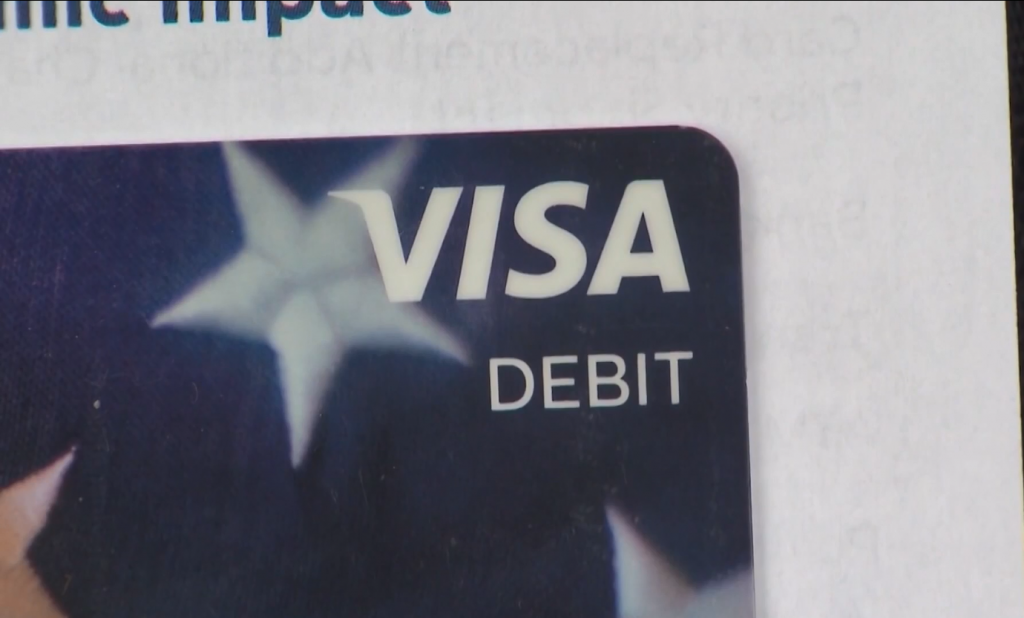 Now some people are getting it in the form of a debit card and it’s causing confusion. When Gayle Parkin received a letter in the mail, she wasn’t sure what to make of it.

Inside was a Visa debit card and a letter explaining it’s her federal economic stimulus money, but Parkin was suspicious.

“It was a plain white envelope with a return address in Omaha, Nebraska,” she said.

Bonnie Moore and her husband thought it was junk mail and cut it up.

“It looks like a bunch of little pieces of a jigsaw puzzle,” Moore said.

It turns out these cards are actually stimulus money. Treasury Secretary Steve Mnuchin made the announcement with President Trump earlier this month.

The cards are going to about four million Americans because the Internal Revenue Service doesn’t have their banking information.

Jay Bender almost threw his out because of the return address. It’s not from the Treasury or IRS, but Money Network Cardholder Services.

“Which doesn’t sound like the federal government to me,” Bender said.

Bender ended up using his card. So did Parkin.

Moore has requested a new card and hopes to get it soon.