JACKSON, Tenn. — For one woman, car troubles led to new friendships and a chance to share her history. 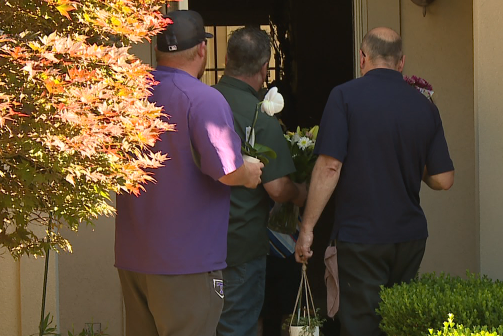 Friday morning, these three men surprised Hannelore Demkowicz on her 91st birthday, but the surprise isn’t the story.

Demkowicz has been having car trouble and has become friends with the employees at Christian Brothers Automotive.

One day while she was sitting in the waiting room, she struck up a conversation with teacher Patrick Bunch.

“Genuinely, he was interested. You could see it,” Demkowicz said.

She started telling the stories that shaped her, which she also shared with WBBJ 7 Eyewitness News reporter Julia Ewoldt.

She shared her story from being born in Germany and surviving World War II, to moving to New York City at age 19.

“For days and days, we slept on the concrete in that bunker. When the bombs hit that concrete, the bunker would go like this and this,” Demkowicz said as she moved her hands to demonstrate. “A German couple took me in, and they even put a heater in there for me.”

She also shared how she traveled the country with her beloved husband. 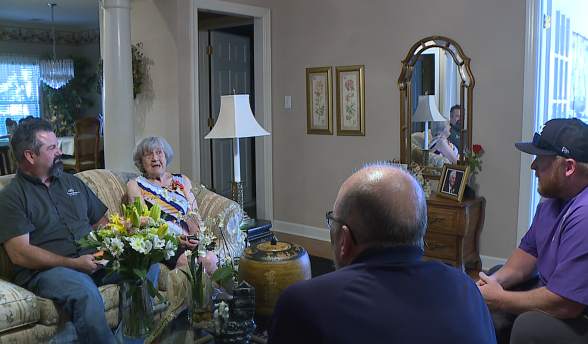 “We used to go fishing in Minnesota. We had a little summer home in Minnesota, my husband and I,” Demkowicz said.

Through those little pieces of life and history, a unique bond formed among people who would otherwise still be strangers.

Their story proves friendship can be found in the most unlikely of places, just by being kind.

Bunch wrote about his new friendship and posted it on Facebook. Some of the cards brought to Demkowicz on Friday were from his friends.