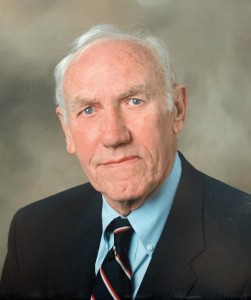 He was born in Nashville on September 3, 1933. He attended Sewanee and graduated in 1955 at which time he was commissioned a Second Lieutenant in the U.S. Air Force.

He married Jean Winn Fuller on September 3, 1955. After four years in the Air Force, he and his family returned to Nashville where he began working with Southern Bell. In 1974, they moved to Humboldt, TN where he worked with Bell South for 42 years and retired in 1996 with the title of West Tennessee Regional Corporate and External Affairs Manager.

Mr. Guy was active in the community. He served as Strawberry Festival President in 1979 and was named Honorary Chairman in 2004. He served on the board of United Way, the Star Center, and the Jackson Arts Council. He served as president of the Humboldt Rotary Club in 1979 and was named a Paul Harris Fellow in 2011. Mr. Guy was board chairman of the Humboldt Planning Commission for several years. He and his family were members of the First Presbyterian Church in Humboldt. Mr. Guy was active in his church and served as an elder, lay reader, and church treasurer for a number of years. Charles Guy will be long remembered as a loving husband, father, grandfather, uncle, and friend. He truly lived his life with integrity, loyalty, and honesty and was a steadfast role model for those who knew him.

In lieu of flowers, the family requests memorials to the West Tennessee Regional Arts Center or First Evangelical Presbyterian Church in Humboldt.