JACKSON, Tenn. — The impacts left behind from historic Hurricane Laura will leave many communities recovering for months to come.

West Tennessee is no stranger in dealing with impacts in regards to remnants of tropical systems, and Laura is no exception. Fortunately for many in West Tennessee, the impacts have been minimal. 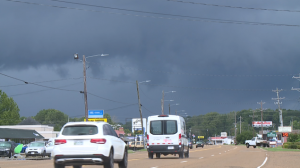 WBBJ drove around south of Interstate 40 to see what the remnants of Laura had done in the area, which was very little.

In Mississippi, flooding caused a strain in several neighborhoods. Although there were isolated reports of tornadoes here, so far it’s been mainly an occasional downpour, a rumble of thunder, wind gusts up to 40 miles per hour and a lot of scary looking clouds. 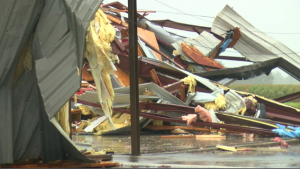 Selmer had seen its fair share of flooding as recently as two months ago, but Laura didn’t leave much behind for them except a few puddles.

So far the forecast has panned out for what Laura’s impacts could have done for our area.

West Tennessee could see one to three inches of rainfall widespread.