DYER, Tenn. — As of October 6, the Dyer Nursing and Rehabilitation Center has almost 50 active COVID-19 cases among its 76 residents. 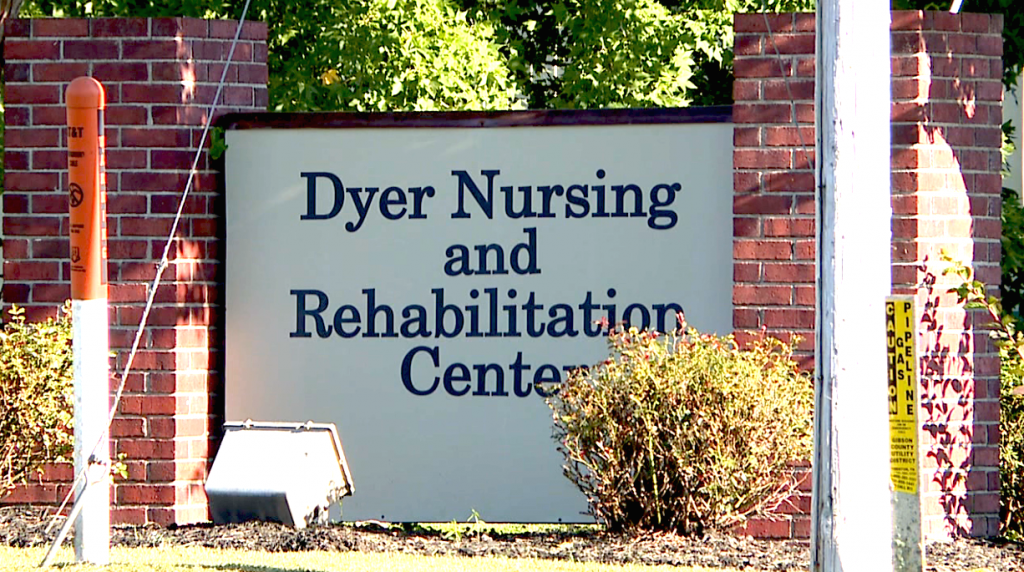 “We have 46 on our COVID unit, and I’m not going to say all those have active COVID now, but we’re treating them as if they may,” said Mark Davis, director of operations for Harber Laman.

It’s one of the highest counts among nursing homes in the State of Tennessee, according to data released by the Tennessee Department of Health.

Davis said the outbreak started near the end of August and quickly spread.

“We’ve had deaths since the outbreak occurred, but to tell you how many, I don’t think I’d be able to tell you that with any certainty,” Davis said.

Davis says it’s unclear at this time how many deaths are COVID-related and how many are due to other causes.

They currently have three residents hospitalized.

According to the state’s website, they’ve had 60 staff members test positive for COVID-19. That’s the second highest number in the state.

“The germ had probably come in with some staff members or someone who was returning from the hospital, they were most likely asymptomatic,” Davis said.

Davis said only 15 of the staff cases were active.

He said the state has visited the facility multiple times since the outbreak, and has made limited changes.

“Nothing really that they found deficient in the practice, it’s just we have to make sure we’re enforcing the guidelines and that our staff are doing everything that they can to prevent them from contracting the virus and spreading it,” Davis said.

Davis clarified that the only employees who tested positive and still worked were those who were asymptomatic, and they only worked in the COVID wing.

“They are allowed to work on that unit if they are physically able and capable of doing the work,” Davis said.

Davis said they have revised some of their cleaning protocols in accordance with state recommendations.