“Every veteran who went into the service took an oath to defend our country with his or her life if necessary,” said Jackie Utley. 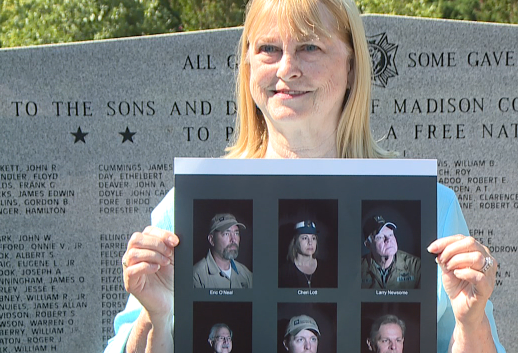 For the past 8 years, Jackie Utley has been one of the people leading the charge when it comes to recognizing veterans across west Tennessee, and the sacrifice that comes with serving our country.
For Utley, it’s a cause that hits close to home.

“She encourages our chapter to stand on the bridges above I-40 and wave flags on Veterans Day,” said Beth Bates.

Bates has known Utley for 30 years. They are both members of the Jackson-Madison county DAR chapter.

“She never seems to lose enthusiasm or motivation,” shared Bates.

“She’s devoted to purpose once she decides she’s involved she is 100 percent,” said Robert Jones.

Robert Jones is an army veteran and works with Jackie Utley on the veterans committee.
He says Utley is the type of leader we need in the west Tennessee community.

“It’s a caring, nurturing, encouraging kind of leadership that she provides, that motivates the rest of us to do a little bit more and make it work a little bit better,” Jones said.

“It’s just something that I feel compelled to recognize and honor the service of all veterans,” Utley said.