“She is probably one of the most loving, kind, generous people that you will ever meet,” said Whitney Owens. 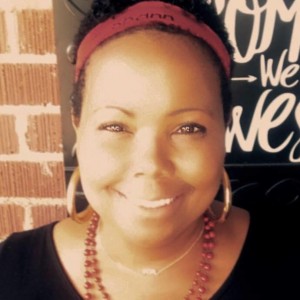 Angela Spann is a Lexington resident working to better her community and the people who live there, by turning a devastating situation into motivation to help others.

Angela says the Lexington community donated money to help with expenses after her teenage son Tyler Spann drowned while the family was vacationing in Florida.

“Those funds were used to create a scholarship in Tyler’s name,” Spann said.

Not only is Spann providing scholarships for graduating high school students, but through the Tyler Spann foundation she also raises awareness on the dangers of open waters.

“We realized there’s very little information about riptides. We wanted to provide education on that, as well as give swimming lessons,” Spann said.

“It’s just an honor to have somebody that’s always willing to do something for children who may be less fortunate,” said Whitney Owens.

Owens was Tyler’s teacher and is now the principal of Lexington middle school.
She says Angela’s strength is admirable.
“She’s just willing to give her all. You know, she could have just said, ‘Hey I’m going to give up and not try… not do anything’ but she’s making sure that children in this community have something,”Owens admired.

“As long as I’ve known her, she’s always had a great deal of compassion for people and a desire to be a part of a community and serve the community in any way she could,” said Angela’s friend and coworker Tom Stolarick.

It was that desire to give back that urged Spann to create the Tyler Spann crayon drive during the Lexington high school football game.
Spann says as a child Tyler loved crayons and his football number was 24.

“I’d spoken with a teacher and she’d said that crayons were one of the biggest needs and that teachers had to buy extra crayons,” Spann explained.

Thinking they would raise about 100 crayons, expectations were succeeded raising more than 2,000 crayons. The following year they doubled that number.

“We had enough to give every single child in this county a pack of crayons. I can’t believe God chose my son to make a difference in so many people’s lives,” Angela said.

“With such a tragic event, she’s taken that and it’s just turned into something to help so many people in the community and I think that’s something just to admire about her,” Whitney Owens shared.

“Shows that there are still people trying to help others and hopefully set an example for other people to follow that they might be inspired to serve as well,” Tom Stolarick said.

Angela Spann also helps to raise awareness for organ donations through the organization Donate Life.
Her son Tyler was nominated to be the first national minority donor in August of 2019, being recognized by both LifeNet and Donate Life America.
You can nominate someone for the Multiplying Good award by clicking here.