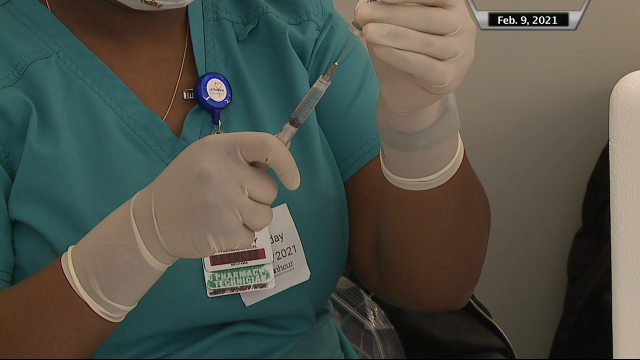 On Tuesday, Tennessee Department of Health Commissioner Dr. Lisa Piercey discussed the many people who are hesitant to take the vaccine throughout the state.

Piercey also discussed what the Department of Health is working on to encourage more people to get the vaccine.

“You will start to see some of our digital media come out next week on May 1, and then, middle of May, you’ll see more traditional media,” Piercey said.

After a study was conducted, Piercey says the primary cause of vaccine hesitancy by some is the belief that the vaccine was made too quickly.

“There were no shortcuts in the actual clinical trial. They were done just like any other at the same scale, with all of the same checks and balances, so you can be assured at the safety of those vaccines,” Piercey said.

She also said there was a concern from some who are afraid of dying from the vaccine.

“There are exceedingly higher chances that you will contract COVID and die from it than the vaccine itself,” Piercey said.

In regards to Gov. Bill Lee calling for the removal of mask requirements, Piercey says wearing one is a personal choice.

“People can still wear a mask if they feel uncomfortable, or if a private entity wants to have an organizational policy, they can still do that,” she said.

Piercey says the risk of death from COVID-19 among younger individuals is low, but not impossible.

She says it is still important for them to be vaccinated as well.