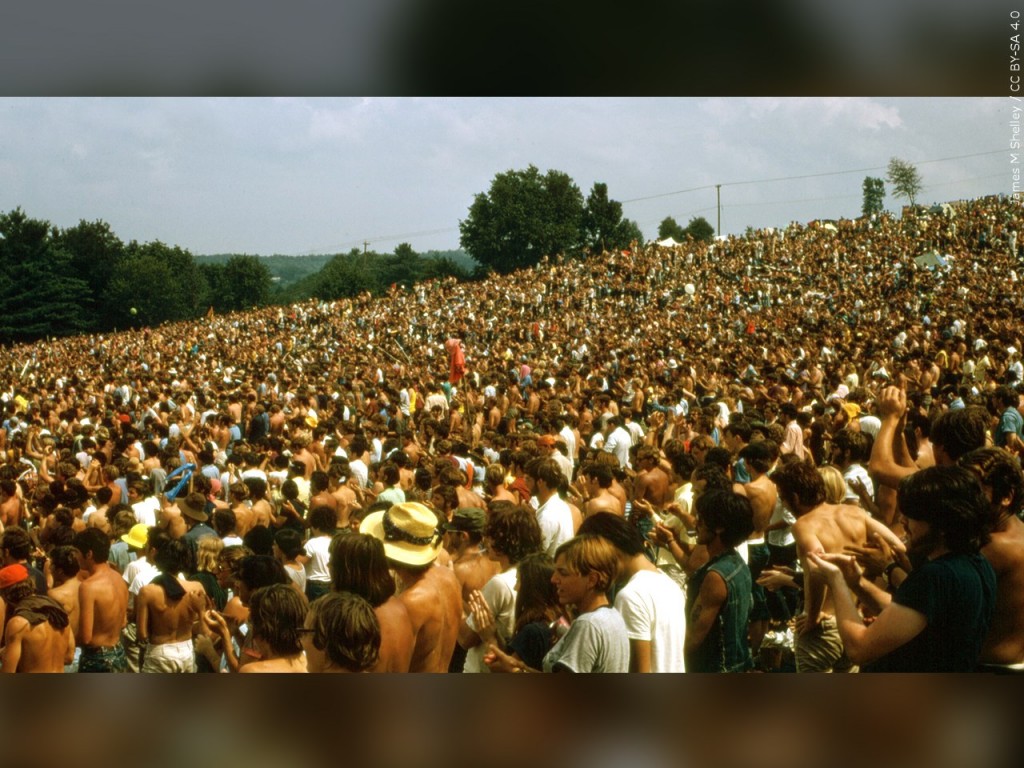 In 1969, the three-day Woodstock Music and Art Fair concluded in upstate New York. One of the day’s memorable moments was Pete Townshend of The Who knocking Yippie Abbie Hoffman off the stage during the performance of “Tommy.”

In 1983, lyricist Ira Gershwin died in Beverly Hills, California, at age 86. With his composer brother George, they wrote such classic songs as ”‘S Wonderful” and “The Man I Love.”

In 1986, Def Leppard drummer Rick Allen played his first concert with the band since losing his left arm in a car accident in 1984.

Also in 1986, 42 people were beaten or stabbed at a Run-DMC concert in Long Beach, California.

Also in 1992, singer Wayne Newton filed for bankruptcy. He owed about $20 million to 200 creditors.

In 1994, actor David Caruso quit the cast of “NYPD Blue” to pursue a movie career. He was replaced on the show by Jimmy Smits.

In 2011, Katy Perry had her fifth number-one hit off her “Teenage Dream” album, matching Michael Jackson’s record from his “Bad” album. Perry’s song “Last Friday Night (T.G.I.F.)” hit number one. Her other number-one hits were “California Gurls,” ″Firework,” ″E.T.” and the title track.