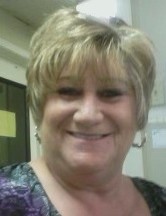 Brenda was born March 13, 1959 in Booneville, Mississippi, the
daughter of the late Cecil Aldridge and Ruby Kirby Aldridge. She
graduated from New Sight, Mississippi and was married in 1975
to Jesse Robbins. She enjoyed her work as a counselor for
Professional Care Services of West Tennessee before her
retirement in 2018. Brenda had been a resident of the Oakland
area for the past 20 years and was of the Baptist faith. Gardening
was one of her favorite pastimes.
Mrs. Robbins is survived by her husband, Mr. Jesse Robbins of
Oakland, TN; her daughter, Jessica Robbins of Whiteville, TN;
and her son, William Robbins of Charlotte, AR. In addition to her
parents, she was preceded in death by her son, Anthony Robbins;
her sister, Jean Wineman; and three brothers, James Aldridge,
Albert Aldridge and John Aldridge.

The family requests that memorials be directed to St. Jude
Memorial Giving, 501 St. Jude Place, Memphis, TN 38105-9959.
Arrangements will be provided by Peebles Fayette County
Funeral Homes &amp; Cremation Center and condolences may be left
on our online guestbook at www.PeeblesFuneralHome.com.